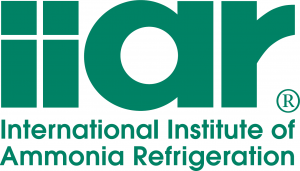 On December 3, 2015, the International Institute of Ammonia Refrigeration (IIAR) published the new ANSI/IIAR 2-2014: American National Standard for Safe Design of Closed-Circuit Ammonia Refrigeration Systems. This standard replaces the 2008 edition of the standard. This is IIAR’s first comprehensive safety standard and was written specifically for adoption by code making bodies. This change sees the new standard written using enforceable language. Informative topics and guidance are now included in appendices. Historically, ANSI/IIAR 2 has served as the recognized and generally acceptable good engineering practices (RAGAGEP) for safe design and compliance for ammonia refrigeration facilities subject to the Occupational Safety and Health Administration’s (OSHA) Process Safety Management (PSM) and the Environmental Protection Agency’s (EPA) Risk Management Plan (RMP). This won’t change with the new standard; however, we could see a more formal adoption of the standard by OSHA and EPA.
Notable changes in the standard include:
As with previous versions of the standard, ANSI/IIAR 2-2014 is not retroactive. This means new installations must conform to this standard before local agencies will issue the applicable operating permits and certificates of occupancy. Existing facilities are not expressly required to upgrade their facility to be in compliance with the new regulations, provided new equipment or processes are not being added and the RAGAGEP documentation in their PSM/RMP program states the version of ANSI/IIAR 2 that the system was designed under. Under the PSM program, updates to RAGAGEPs for existing facilities are addressed in the Process Hazard Analysis (PHA) and the Management of Change (MOC) portions of the program.
As an example for existing facilities:
Let us assume the compressors utilize ½ inch piping for the pressure relief connection and is in compliance with the version of the IIAR 2 standard it was originally designed under. The facility is not required to change the relief piping under the RAGAGEP; however, this must be addressed in the PHA when it is revalidated. If the PHA shows the hazards are sufficiently controlled with the existing ½ inch piping, then it does not need to be changed per the PHA. Now let’s assume the facility is planning to install a new compressor. This would trigger MOC procedures and the new compressor would have to be installed and designed according to ANSI/IIAR 2-2014, including using a minimum of ¾ inch piping for connection to the relief device.
Existing facilities must also consider any internal or corporate standards that may be more stringent than the OSHA and EPA programs. This could potentially require addressing these new and updated requirements that are not retroactive under the standard, but would be enforced by OSHA and EPA if the internal standards are part of their PSM and RMP programs.
CTI is a member of IIAR and has experience with OSHA’s PSM and EPA’s RMP programs, including program development, compliance audits, PHA revalidations, and training.