When dealing with processes involving combustible dust, flammable liquids & gasses, and extremely toxic materials, understanding the hazards in the process is critical. This is true when designing a new process, as well as when a plant changes equipment, chemicals, and procedures. Many of the most severe industrial accidents have occurred because the facility failed to consider how changes would impact process safety. That is why a robust management of change (MOC) procedure that incorporates process hazard analysis (PHA) is so important. 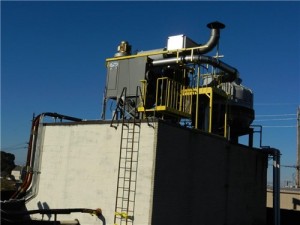 In January 2015, the U.S. Chemical Safety Board released the final report(1) on a flash fire that burned seven workers at a U.S. Ink plant in East Rutherford, New Jersey. One of the key findings was that the facility failed to perform a thorough hazard analysis of a new dust collection system installed for an oil and powder mixing process. The system had been in operation for only four days when a flash fire burst from a duct and engulfed the workers standing in the room. The fire was the result of an improper design that allowed a sludge-like, combustible mixture of condensed vapors and powdery dust to rapidly accumulate inside the duct work: a design that was commissioned without a thorough hazard analysis, study, or testing of the system. Unfortunately, this is just one incident among many that could have been avoided if the time had been taken to thoroughly analyze the hazards in the system and make the necessary changes to the design before start-up.

With the U.S. Ink fire, there were several design aspects that contributed to the flash fire.

Had the facility implemented MOC procedures, it is likely that some of the design flaws and safety gaps would have been identified. A proper MOC procedure should ensure that changes to materials, equipment, and processes are evaluated to determine their impact on employee safety and health. To determine the impact of the change, a PHA is often needed. During a PHA, a systematic review is conducted of potential hazard scenarios to determine where a fire, explosion, release of toxic material, or other catastrophic event may occur. Based on the results of the PHA, the facility will have determined where additional safety controls, procedures, and/or personal protective equipment (PPE) are needed to ensure employees, the environment, the community, and the business are protected.