On July 26, 2019, the Environmental Protection Agency (EPA) proposed revisions that would allow an operating facility to be reclassified from a major source of hazardous air pollutants under Section 112 of the Clean Air Act to an area source, thus removing the policy commonly known as “once in, always in”. This revision could take a lot of pressure for capital investments and permitting off of facilities that are eligible. 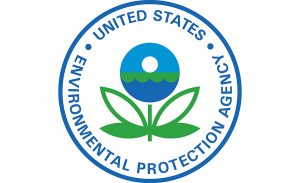 On November 19, 2020, the EPA issued the finalized amendments that will allow major sources to be reclassified as area sources, provided the facility either demonstrates its potential to emit (the potential emissions a facility could emit assuming the facility operates 24/7 for the entire year) for hazardous air pollutants (HAP) are below major source limits (10 tons per year for a single HAP and 25 tons per year for total HAPs), or the facility takes operating limits to stay below these limits. This final rule will become effective on January 19, 2021.

This final rule will not require any facility to reclassify from a major source to an area source. Instead, the final rule seeks to provide a means for facilities to officially make the transition. In order to reclassify, a facility must demonstrate through calculations that its potential to emit (PTE) is below the major source limits. Alternatively, the facility can take operating limits to reduce actual HAP emissions below the major source limits (e.g., limiting the hours of operation). Because the limits would synthetically reduce the facility’s emissions, the facility would qualify for reclassification to an area source.

An example of a facility that can undergo this reclassification would be a facility that once operated equipment (such as several batch kilns that were replaced with one continuous kiln) or production lines that triggered their classification as a major source but has since permanently removed said operating equipment or changed their process in such a way to reduce the facility’s potential to emit above major source limits.

Alternatively, the facility could enact operating limits, such as a limit on lumber production or kiln operating hours, that would reduce its actual HAP emissions to below the major source limits. This could be particularly beneficial for facilities with a PTE just above the major source limits, as the operating limit would likely produce little impact on the facility’s actual production output and capacity.

There is a financial incentive for a facility to reclassify from major source to area source, as a facility that reclassifies from a major source to an area source will have significantly lighter regulatory requirements to be met, particularly related to boilers. For example, an area source boiler, as compared to a major source boiler, could require less frequent stack performance tests (unless the boiler already operates with an oxygen trim), reduced or removed emission limits, reduced recordkeeping, less frequent boiler tune-ups, less frequent reporting, and therefore fewer fees to the state. The exact reduction of requirements, and therefore financial savings, is dependent on the type of equipment and should be assessed on a case by case basis.

Conversion Technology Inc. (CTI) has decades of experience in air compliance with the EPA. If you believe your facility will meet the requirements to reclassify from a major source to an area source, or you are interested in an air permit determination to assess the feasibility of operating limits, CTI would be happy to assist in the reclassification process. We will continue to monitor the status of other proposed amendments and provide updates as necessary. If you need help in maintaining compliance with any air compliance standards, please contact us at (770) 263-6330 or cti@conversiontechnology.com.